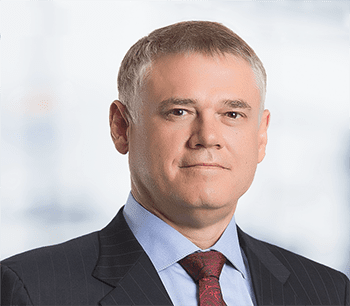 Alexander Abramov has been a Board member since April 2005. He was CEO and chairman of Evraz Group S.A. until 1 January 2006, and continued to serve as Chairman until 1 May 2006. Mr Abramov was a non-executive director from May 2006 until his as chairman of the Board on 1 December 2008. He was appointed as Chairman of EVRAZ plc on 14 October 2011.

Mr Abramov is a member of the Nominations Committee

Mr Abramov graduated from the Moscow Institute of Physics and Technology with honours degree in 1982, and he holds a PhD in Physics and Mathematics. He founded EvrazMetall in 1992.

Mr Abramov is a Bureau member of the Russian Union of Industrialists and Entrepreneurs (an independent nongovernmental organisation), and a member of the board of Skolkovo Institute for Science and Technology. 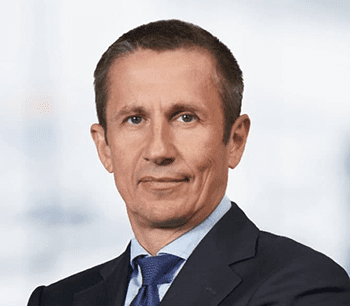 Mr Frolov is a member of the Sustainability Committee and the Nominations Committee.

Mr Frolov graduated from the Moscow Institute of Physics and Technology honours degree in 1987 and received a PhD in Physics and Mathematics in 1991. Prior to working at EVRAZ, he was a research fellow at the I.V. Kurchatov Institute of Atomic Energy. He joined EvrazMetall in 1994 and served as its chief financial officer from 2002 to 2004, then as senior executive vice president of Evraz Group S.A. from 2004 to April 2006. 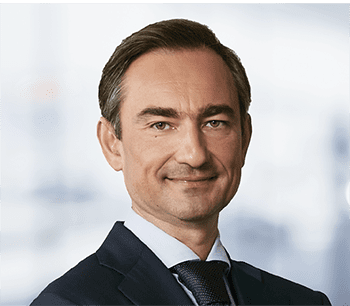 Mr Ivanov was appointed to the Board of EVRAZ plc on 1 February 2022.

Mr Ivanov is a member of the Sustainability Committee.

Mr Ivanov was appointed as CEO in September 2021. Prior to that, he served as senior vice president of business development and commerce since November 2015. He also held the positions of vice president, head of the Steel Division and head of the Siberia Division He previously served as the senior deputy CFO responsible for financial control and treasury functions and director of financial control From 1998 to 2002, Mr Ivanov held various positions at Liggett-Ducat, where his responsibilities included production, controlling and logistics. He also served as head of the Credit Department at Inkombank Mr Ivanov graduated from INSEAD in 2002. He holds a degree in Finance from the Financial Academy of the Government of the Russian Federation and has been a member of the Chartered Institute of Management Accountants since 2004. In 2008, Mr Ivanov received a diploma in Human Resources from the Australian Professional Association. 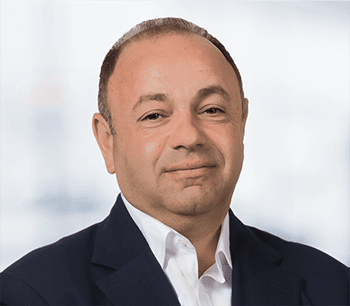 Eugene Shvidler has been a Board member of Evraz Group S.A. since August 2006. He was appointed to the Board of EVRAZ plc on 14 October 2011.

Mr Shvidler is a member of the Nominations Committee.

Mr Shvidler served as president of Sibneft from 1998 to 2005, having previously been senior vice president from 1995. He holds an MSc and an MBA. 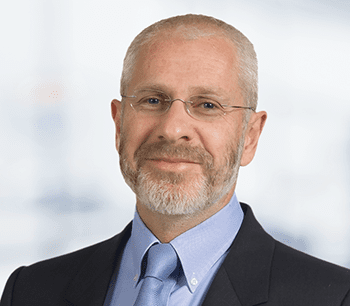 Eugene Tenenbaum has been a Board member of Evraz Group S.A. since August 2006. He was appointed to the Board of EVRAZ plc on 14 October 2011.

Mr Tenenbaum served as head of corporate finance for Sibneft in Moscow from 1998 through 2001. He worked as director for corporate finance at Salomon Brothers from 1994 until 1998. Prior to that, he spent five years in corporate finance with KPMG in Toronto, Moscow and London, including three as national director at KPMG International in Moscow. Mr Tenenbaum was an auditor an in the business advisory group at Price Waterhouse in Toronto from 1987 until 1989. He is a chartered accountant.

Mr Tenenbaum serves on the board of Chelsea FC Plc. 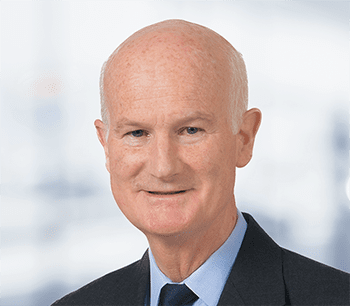 Sir Michael Peat was appointed to the Board of EVRAZ plc on 14 October 2011. It is expected that Sir Michael will be retiring from the Board on 31 March 2022 following the completion of the demerger of the coal business.

Skills and experience: Sir Michael is a qualified chartered accountant with over 40 years’ experience. He served as principal private secretary to HRH the Prince of Wales from 2002 until 2011. Prior to this, he spent nine years as the Royal Household’s director of finance and property services and then treasurer to the Queen and keeper of the privy purse. Sir Michael was at KPMG from 1972 and became a partner in 1985. He left KPMG in 1993 to devote himself to his public roles. He holds an MA and MBA and is a fellow of the Institute of Chartered Accountants in England and Wales. He was the 2018 recipient of the Institute of Chartered Accountants Outstanding Achievement Award. 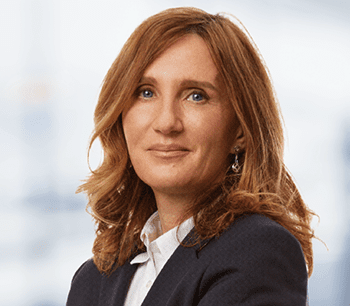 Ms Gordon has been appointed as an Independent director since 1 February 2022.

Ms Gordon is a member of the Audit Committee and Sustainability Committee.

Ms Gordon has over experience in equity and debt capital markets. She was Executive Vice President and EME Strategy at PIMCO from 2010 to 2014. Prior to that, from 1998 to 2010 she had been a Managing Director, Head of Emerging Markets Strategy at Goldman Sachs Asset Management.

Ms Gordon holds a Bachelor’s degree in Political Science from the University of Wisconsin and a Master’s degree in law and diplomacy from The Fletcher School of Law and Diplomacy at Tufts University. 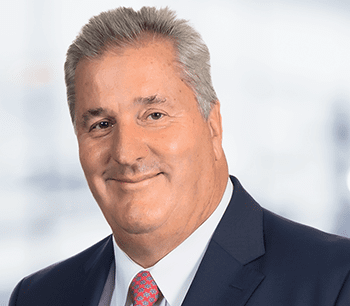 Karl Gruber has been a Board member of Evraz Group S.A. since May 2010. He was appointed to the Board of EVRAZ plc on 14 October 2011. It is expected that Mr Gruber will be retiring from the Board on 31 March 2022 following the completion of the demerger of the coal business. 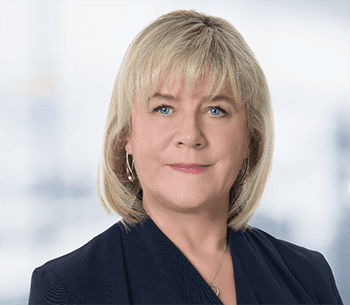 Deborah Gudgeon has been a Board member of EVRAZ plc since May 2015.

Ms Gudgeon serves as chair of the Audit Committee and is a member of the Remuneration Committee, Nominations Committee, and Sustainability Committee. It is expected that Ms Gudgeon will become Senior Independent Director following the retirement of Sir Michael Peat. 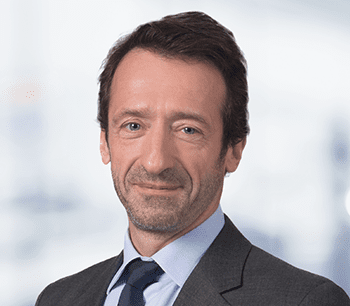 Alexander Izosimov was appointed to the Board of EVRAZ plc on 28 February 2012.

Mr Izosimov is chairman of the Remuneration Committee and the Nominations Committee. He is also a member of the Audit Committee.

Mr Izosimov has extensive managerial and board experience. He was CEO of  Group, from 2020 to 2022. From 2003 to 2011, he was president and CEO of VimpelCom, a leading emerging market telecommunications operator. From 1996 to 2003, he worked at Mars Inc, where he held various managerial positions, including regional president for CIS, Central Europe and Nordics, and was a member of the executive board. Prior to Mars Inc, Mr Izosimov was a consultant with McKinsey and Co (Stockholm, London, ) and was involved in numerous projects in the transportation, mining, manufacturing and oil businesses. Until recently, Until recently, Mr Izosimov served on the boards of MTG AB, Dynasty Foundation, LM Ericsson AB and Transcom SA and Hövding. He also previously served as director of Baltika Breweries, the Sladko confectionery company and the Teleopti AB IT company. He also served as a director and chairman of the GSMA (global association of mobile operators) and was a director of the ICC (International Chamber of Commerce) Board. He holds an MBA from INSEAD

Mr Izosimov is an independent non-executive director of the PJSC Moscow Exchange. 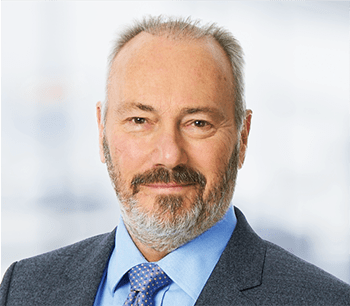 Stephen Odell was appointed to the Board of EVRAZ plc on 15 June 2021.

Mr Odell is a member of the Audit Committee, Remuneration Committee and the Nominations Committee.

Mr Odell has extensive international automotive and large industrial company experience gathered history. He retired from Ford Motor company as a Global Executive Vice President in 2018. As an Executive Vice President, he was responsible for Global Sales, Marketing and Service operations for Ford and prior to that, President of Ford of Europe, Middle East and Africa. Other prior experience includes CEO of Volvo Cars, based in Gothenburg Sweden, and Senior Managing Director for Mazda Car Corporation, based in Hiroshima Japan. Mr Odell has lived in multiple countries around the world and established the FordSollers joint venture in Russia, where he served as joint Chairman for three years. Mr Odell graduated from the University of Brighton as a Bachelor of Arts in Business Studies.

Mr Odell is currently a chairman of the Board at Accsys Technologies plc, a UK listed sustainable timber company and a member of council for the University of Nottingham. 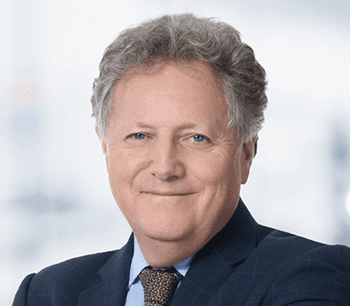 James Rutherford was appointed to the Board of EVRAZ plc on 15 June 2021.

Mr Rutherford has held senior roles in investment management and investment banking, specialising in the global mining and metals sector.

He was previously director at Anglo American plc (from 2013 to 2020) and chairman of Dalradian Resources Inc (from 2015 until its takeover in 2018). From 1997 to 2013, he was a senior vice president at Capital Group, where he was responsible for global investments in the metals and mining industry. From 1993 to 1997, he was vice president of equity research at the investment bank HSBC James Capel in New York, where he covered the South American metals and mining industry.

Mr Rutherford graduated from Queen’s University Belfast with a Bachelor of Science in Economics and Computer Science and from University of Sussex with a Master of Arts in Development Economics. He is also an alumnus of the London Business School. 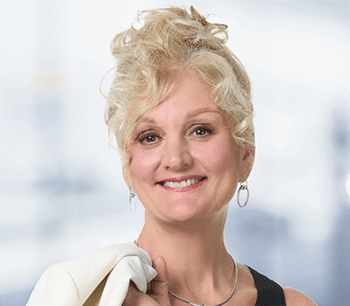 Sandra Stash was appointed to the Board of EVRAZ plc on 15 June 2021.

Ms Stash serves as chair of the Sustainability Committee and a member of the Remuneration Committee.

Ms Stash has served as a senior executive for leading global energy companies, including as executive vice president of Safety, Operations and Engineering and External Affairs at Tullow Oil from 2013 to 2020. Prior to that, she was senior vice president for HSECR, Operations and Engineering Assurance at Talisman Energy from 2008 to 2013 and a vice president at BP plc from 2000 to 2008, where she was responsible for Operations – Other Business and Corporate in North America, Health, Safety and Environment and then Regulatory Affairs, Compliance and Ethics at BP America. During her career with ARCO Ltd from 1981 to 2003, she held various roles from senior engineer to vice president. Ms Stash graduated with a Bachelor of Science in Petroleum Engineering from the Colorado School of Mines.

In addition, Laurie Argo served director during the year. Ms Argo stepped down from the Board on 15 June 2021.